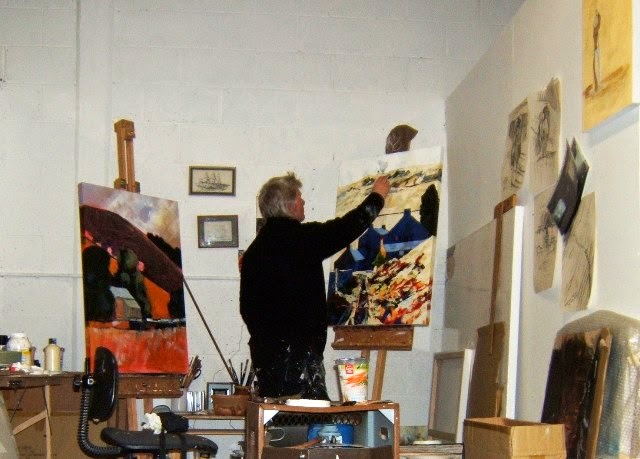 On reflection the last year was probably the most productive year that I have had as an artist and as a painter. There are probably two reasons for this, one that I was released from the restricting structuralism of local government and two that I found myself working with a younger group of people who were enthusiastic and committed to art, namely Phil Harewood and Angie Wakefield the directors of Ascot Studios and Bee Mill art supplies and Sally along with Simon and Edward (Munch). Both Sally and Simon worked in quite a gestural mark making way whilst Edwards dedication to concentration was undoubted. Despite and because of the differences of opinion that painters have over their creative process and who owns it, it was good to be able to talk, argue and agree about paint and doing paint every day.
The first couple of months were spent rediscovering creativity and style working both inside the studio and outside and basing my work on a couple of modern Spanish painters some Cornish artists whose work is quite painterly along with some old masters. 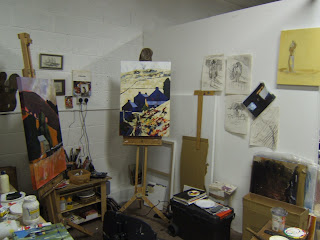 The space which was similar in design to those at art college allowed for two easels and a table to be used in fairly close proximity and there was enough space to walk away from the work on the easel to get a different view.

The photograph on the left is of my space in the Bee Mill part of Ascot Studio. Fell farm is on the left of the two paintings, the painting on the right is one that I started as a part of a demonstration for Horwich Arts Society but which I later abandoned and painted over. A pretty common event. By the Christmas my work was beginning to change into a form that I felt related to what I wanted to achieve and that I was painting more for the piece of art than performing for the gallery.
http://www.ascotstudios.com/
Posted by Rob Miller at 03:54 No comments: 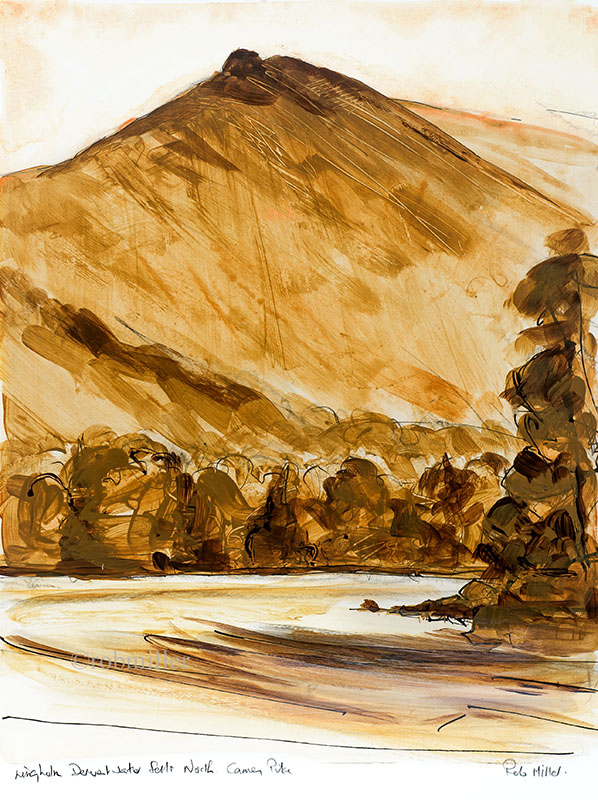 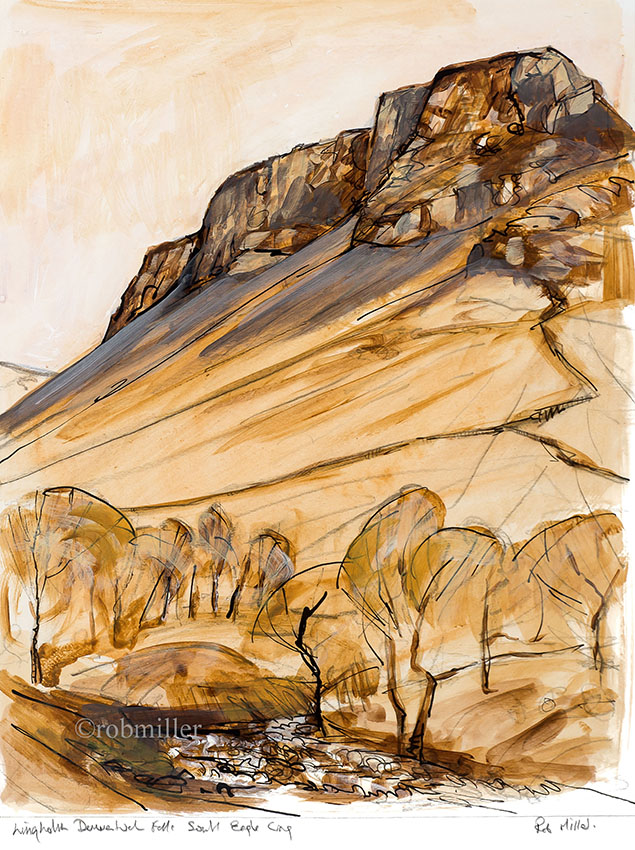